Wandering the many markets of Chiang Mai, Pai and Luang Prabang with Hazel and Collette as they perused jewelry, purses, trinkets, bronze statues of Buddha, candles, harems, hand-made cosmetics and Eastern ornaments, I felt a little out of place. This was not my scene. Not least because theses market stalls are designed for tiny Thai people and my stage name is two-metre Peter, but because it wasn’t my choice to be at the market. If it were not for the girls, I would not have been at these particular locations.

I saw some blokes a bit like me. They were acting out, pushing prams and looking a little dull. Their wide-eyed wives on-the-other-hand: engaged with everything, excitedly tried everything on, touched things, queried the stall-holders on price and they were in their element with all the vibrant colours and exciting treasures around them. Among the many wonders and the fantastic stories to be told at the market, I was not a character of note. 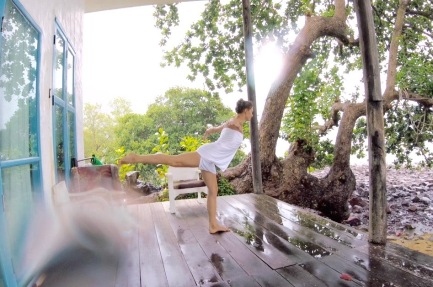 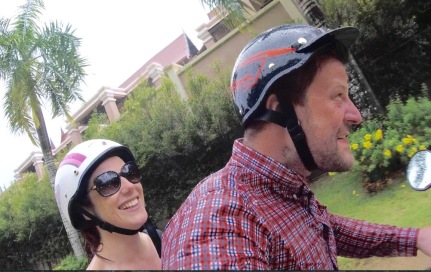 Three months ago in Rishikesh, I wrote a one hundred page screenplay for a feature length film. I wanted to see whether I could do it and how long it would take. In preparation, I had read a dozen or so screenplays, ranging from Butch Cassidy and the Sundance Kid to Terminator 2 to Dances With Wolves to Thelma and Louise. The writing flowed and the script came surprisingly easily. Within three days.

Prior to starting, I thought I had a decent handle on the format so I just typed it up in Word, copying the style I’d seen and studied in the screenplays I’d read. The screenplay that came out is loosely based on some events from my latter school days and the characters are based on people from my village. The story is semi-autobiographical and so the character, Pete, is based on me. Certainly, the script touches on some of the themes and feelings of my days as a fifteen year old.

After the first draft, I sought feedback and I did some further research into screenwriting: Where had I made mistakes? Where could the screenplay be improved? What common mistakes are made?  What could I add or take away? Is it entertaining or is it shite? Is this something I could pursue further as an interest or could I even sell a screenplay? Is the way I write suited to this style? 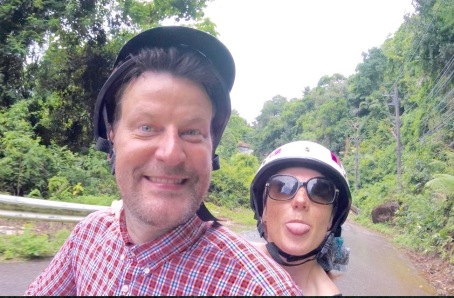 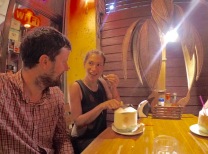 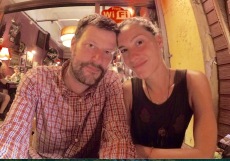 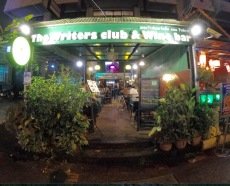 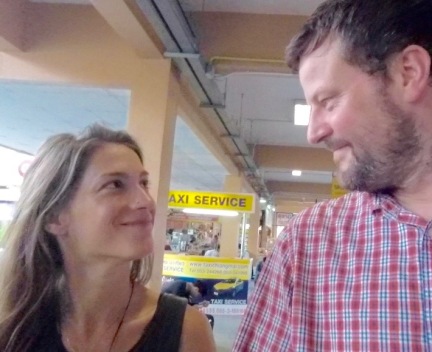 A splendid recommendation from my friend, Isabelle, was that I should read a book called ‘Save The Cat’ by a Hollywood Screenwriter called Blake Snyder. Snyder has had some success selling a number of screenplays to various studios in Hollywood. The basis of the book is to identify a particular Hollywood formula of film construction and therefore apply a structured approach to scriptwriting based on a set number of pages, milestones and scenes that reflect that formula. In addition, Snyder identified certain key errors that are regularly made by aspiring screenwriters in their scripts and suggests ways to make improvements.  Awesome.

Snyder seems very much focused on producing scripts for a particular type of audience; Disney, Spielberg, Hollywood, family, comedy. My first script is more suitable as an independent movie but nevertheless there are great applicable insights for me to consider. There were a few pieces of advice in particular, that really resonated in relation to the hero of my script, or Pete. I’ll quote from the book:

A common mistake in a lot of rough drafts is the problem of an inactive hero. The hero is being dragged through the story, showing up when they’re supposed to but for no reason. The hero seems un-motivated and their goal vague.

The title of the book denotes a key law of a Hollywood type screenplay. In the early stages of a screenplay, the hero must ‘save the cat’. The hero must do something in the set-up so that he or she is a likeable character. Something to get the audience on-side with the hero. In Aladdin, the opening scenes have a chase sequence. Aladdin runs around a market stealing food from market stalls and is chased by city guards. As viewers, our natural instinct may be to dislike Aladdin or query his morals. We might consider him a thief and find it more difficult to associate with his plight from the on-set. The screenwriters were aware of this, so after Aladdin has escaped they wrote that he comes across a beggar. Aladdin, about to tuck into his stolen grub, hands the food to the beggar. He saved the cat. We are now free to like Aladdin from the start. 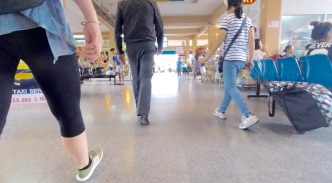 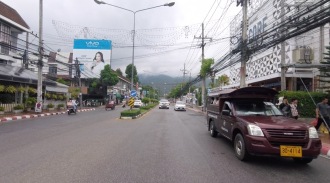 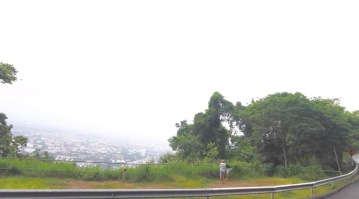 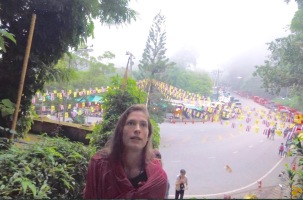 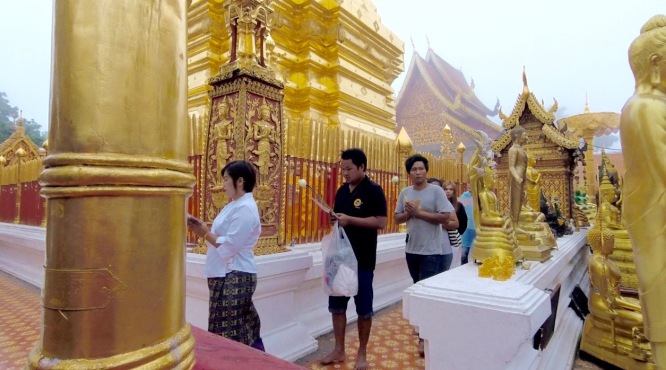 Reviewing my own screenplay, these two particular points really struck a chord:

1) Hero Leads
My own character, Pete, rather than forging his own destiny, was being handed his destiny by the decisions of other characters around him.

2) Save The Cat
Again, Pete did not do something in the opening scenes to get the audience on-side.

I sat on this.

With my bony arse.

Then I sat some more.

Was this just a common error? Or was it more?…

I was writing as me.

Why was my character like this? Am I like this? I realise that in many ways I am. My hero is lacking. Therefore: am I lacking in real life? I think so, yes! If someone reads the story of my life, am I a hero? I fear not. Have I stated my goal? Do I seek out my next move or does my next move stumble upon me? Am I active or passive? Do people tell me what to do or do I tell them? In all areas, I realise I have huge errors as the hero of my own story.

I’ve not actively chosen to do so many of the things that occur in my life. When I have captained football teams it’s because I have been asked to do it. It’s the same with football management for the mighty WIBS. When I got into lifts ten years ago it was because I was recruited by someone who wanted to earn a fee from placing me: therefore they ended up choosing my career for me. Fuck. My wardrobe is literally a collection of other people’s clothes. I’m wearing shoes right now that Collette researched and bought. For the light of Christ, the t-shirt I have on was left at my flat by an AirBnB guest I’ve never met. Even coming away on this trip was Col’s idea and for the vast part Col’s doing. I’m along for the ride.  Whilst I am having the time of my life, I do not feel that this is a path that I have carved and I do not feel like the hero of my story right now.

How do I become the hero of my own story?

Well the answer has presented itself:

1) The Hero Leads.
I need to set my goal clearly. I need to seek out my clues. I need to be more active. I need to tell people what I want instead of them telling me.

2) Save The Cat.
I need to do great and kind things so that I can recognise myself as the hero.

I realise that I am in my own screenplay. I can apply the above screenwriting techniques to my life. I can be the hero of my own making. My hero can lead and save the cat. I can arc to a perfectly satisfying resolution and help others to find a new and improved reality. I’m in a screenplay of my own making and I can determine whether this film is worth watching or not.

Applying the techniques in Snyder’s book, I have started a brand new script. It’s called Sunday League. The film is a ‘fish out of water’ comedy, which centres around a young, repressed priest who re-finds his joy in life when he decides to take on the management of a rough, local, amateur, Sunday League, pub football team. Whilst writing the script, I plan to apply all of the things I’ve learnt about becoming a hero. And just maybe there will be some more guidance for me to put into practice along the way.

By doing good things, setting my goals clearly, seeking out my clues, being more active and telling people what I want, I know I can become the hero. 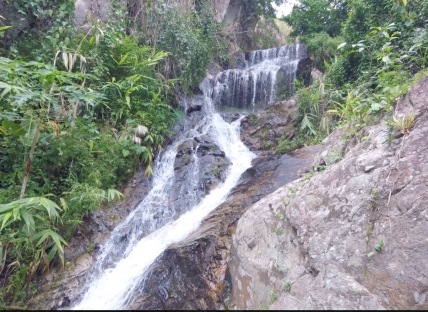 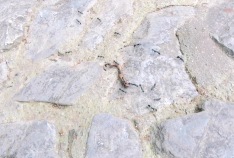 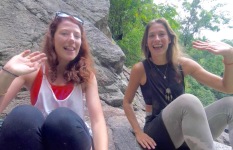 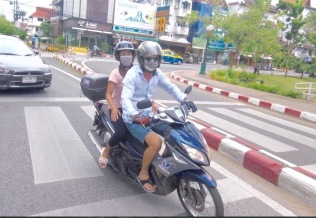 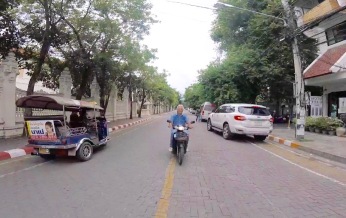 All photos are from Thailand:  Koh Kood, Koh Chang and Chiang Mai.